March 12, 2020
The Jerusalem Local Planning Committee is scheduled to discuss on March 18 two new settler-initiated outline plans (TPS 740993 and TPS 740951) in the Palestinian neighborhood of Beit Hanina (see map below). The plans are designated for two plots of land with a distance of 160 meters between them and aim to construct a total of four buildings comprised of 144 housing units. This will constitute the first discussion on the plans where the committee will be asked to recommend them for deposit. It is important to note that the plots of land are located deep within Beit Hanina and therefore accessing them will require driving extensively through the rest of the neighborhood. 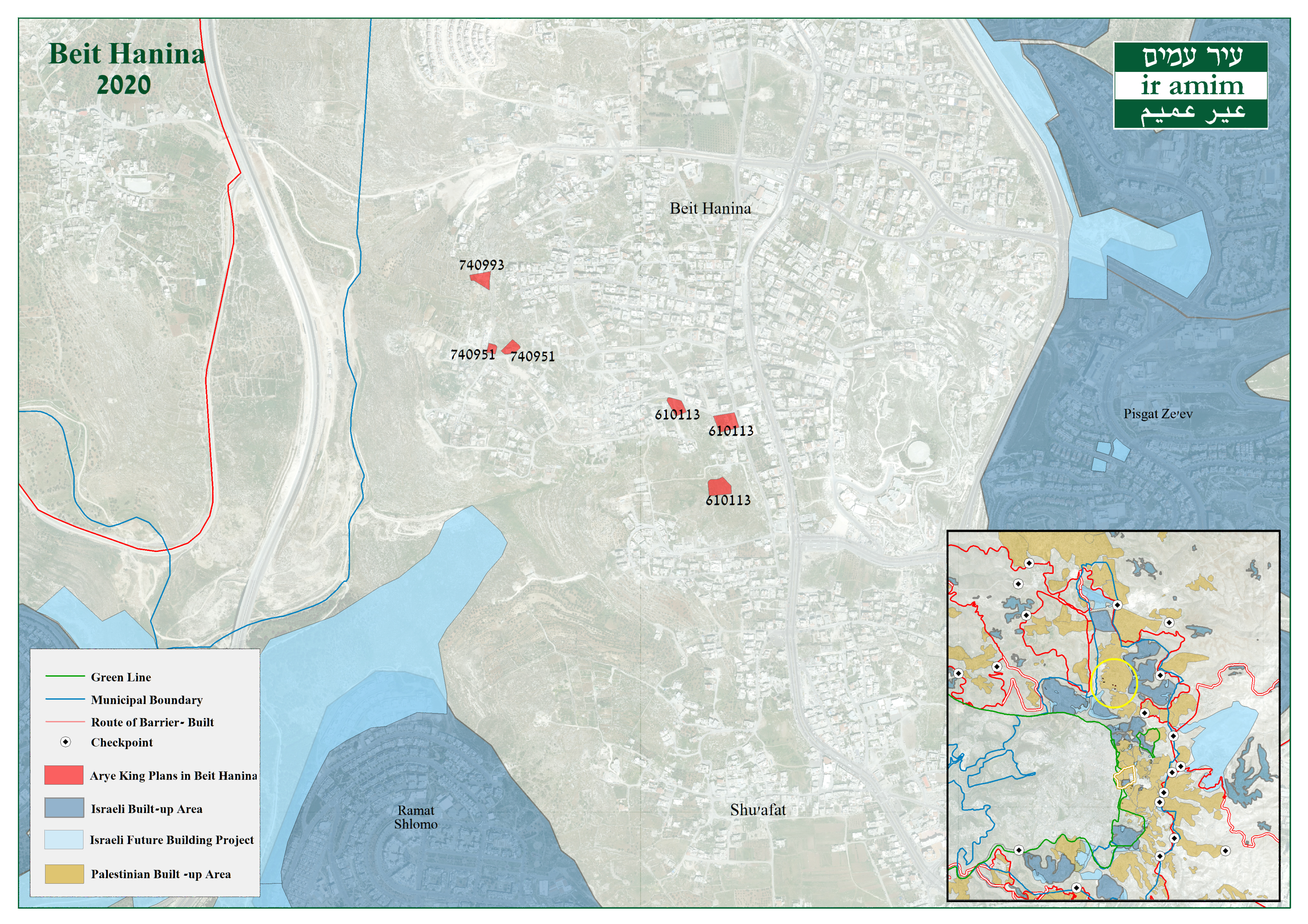 Link here for higher resolution map.
The plans are being promoted by two companies controlled by longstanding settler activist, Aryeh King, in partnership with other prominent settler figures. Arieh King is a Jerusalem Municipal Councilman and member of Mayor Moshe Leon's coalition. He resides in the Maale Zeitim settler compound in Ras al-Amud on the Mount of Olives, currently the largest Israeli settlement in a Palestinian neighborhood, and is a driving force behind the eviction attempts of Palestinian families in Sheikh Jarrah. King likewise heads an organization by the name of the Israel Land Fund whose goal is to obtain control of land and real estate in East Jerusalem for further Israeli Jewish settlement.
Recently in December 2019, the District Planning Committee approved a separate plan (TPS 610113) for Beit Hanina, also initiated by Aryeh King, to construct a settler compound of 75 residential units.  The two new plans are designated for an area located some 600 meters away from the location of the earlier plan.
The New Plans’ Details
Both plans appear to exceed the permitted scope of housing units according to the planning policy determined by the relevant planning authorities. It remains to be seen how this deviation will be treated in the upcoming discussions by the Local Planning Committee. Ir Amim is currently inquiring into the issue of land ownership of the two plots and will continue to monitor and report on forthcoming developments.
The establishment of more settler enclaves in the heart of Beit Hanina will not only impact the fabric of this community and fracture its space, but will further erode opening conditions for a political solution to the conflict based on two capitals in Jerusalem.
תגיות:
Settlements
Beit Hanina
blog