Plans for 1500+ HU in Gilo Discussed at Local Planning Committee

December 4, 2019
On November 27, the Local Planning Committee discussed two new plans for the neighborhood/settlement of Gilo following close on the heels of the plan for 290 housing units (TPS40012) in Gilo, which was approved by the District Planning Committee just 10 days prior on November 17:

Together all three plans will significantly increase the number of Israelis living over the Green Line in Gilo, while also extend the settlement territorially. These plans are being promoted in tandem with the massive road infrastructure developments in the area, including expansion of Route 60 as well as work on the planned route of the Jerusalem Light Rail’s green line. Road infrastructure projects are part and parcel of the settlement enterprise and are used to lay the groundwork for future settlement expansion. Not only will these developments expedite traffic between Gilo and West Jerusalem, but it will ease access between the Gush Etzion settlement bloc and Jerusalem. 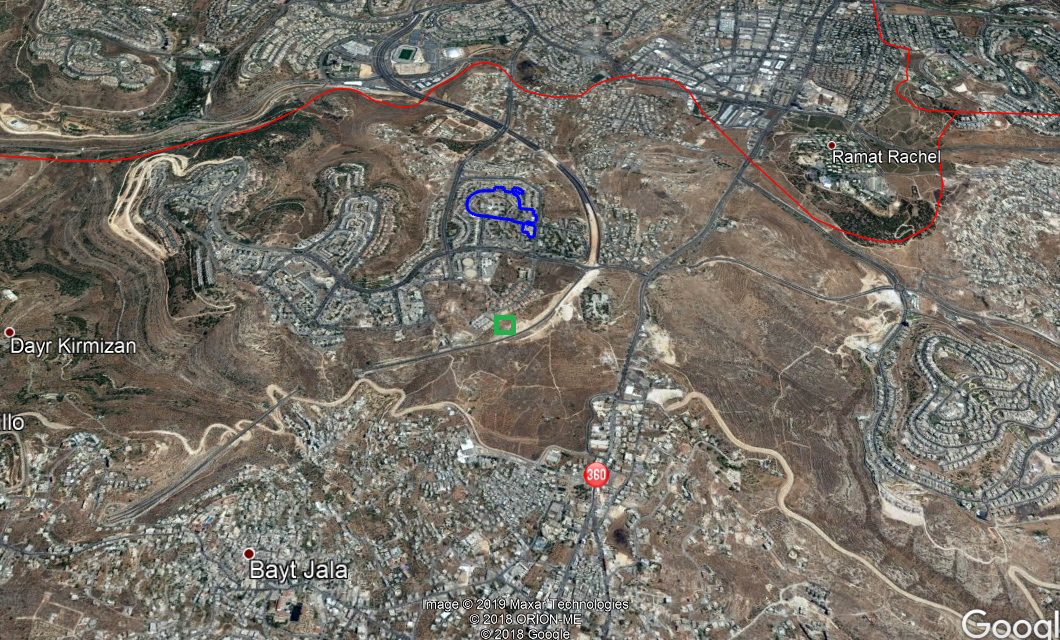